“We respectfully request that the U.S. government deny Mr. Wilders’s entry due to his participation in inciting anti-Muslim aggression and violence,” wrote Reps. Keith Ellison (D-Minn.) and André Carson (D-Ind.) in the April 23 letter. “Mr. Wilders’s policy agenda is centered on the principle that Christian culture is superior to other cultures.”

The letter, addressed to Secretary of State John Kerry and Homeland Security Secretary Jeh Johnson, calls on the officials to deny Wilders’s entry under the authority of the International Religious Freedom Act, which empowers the State Department to ban the entry of a foreign leader responsible for severe violations of religious freedom.

“In the U.S., freedom of speech is a bedrock principle that distinguishes free societies from ones living under oppressive regimes. Freedom of speech, however, is not absolute. It is limited by the legal and moral understanding that speech that causes the incitement of violence or prejudicial action against protected groups is wrong.”

On my way to America. With @KLM pic.twitter.com/kTbySs8ZxK 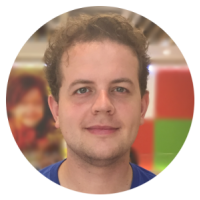